Home > Eisui > Yama no Shiki (Four Seasons of the Mountains) 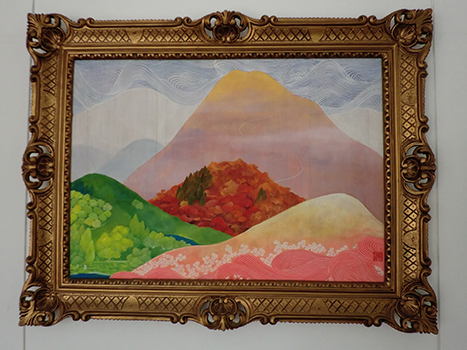 The expressive mountains are a pleasure to watch in each season, and I can enjoy this bounty of nature from my window, which is like a large panorama screen.

It is said that the guardian deity of Hoke-kyo (the Lotus Sutra) called Shichimen Daimyojin (the dragon deity of Mount Shichimen), lives on this Mount Shichimen, and there is no other way to reach the top except walking. The shrines are visited by a large number of devotees throughout the year, regardless of the seasons. They are safely guided by the Gouriki (powerful mountain guide/carriers) to the shrines and/or are carried in their baskets. People who live in the Akazawa area of Hayakawa town have been working as Gouriki since very long ago.

I have received a request from a Gouriki, to draw a picture to commemorate the building construction of his new residence.

The client already had a frame, so I was wondering what kind of drawing would be suitable for it. However, since his work is associated with mountains, I decided to portray mountains, too. That is why I chose the beautiful mountains that change from season to season, always cheering me up at the studio, and put them on a single screen composition. 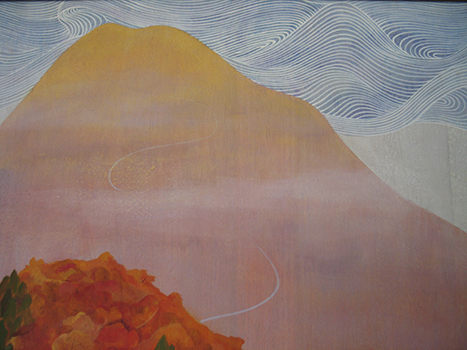