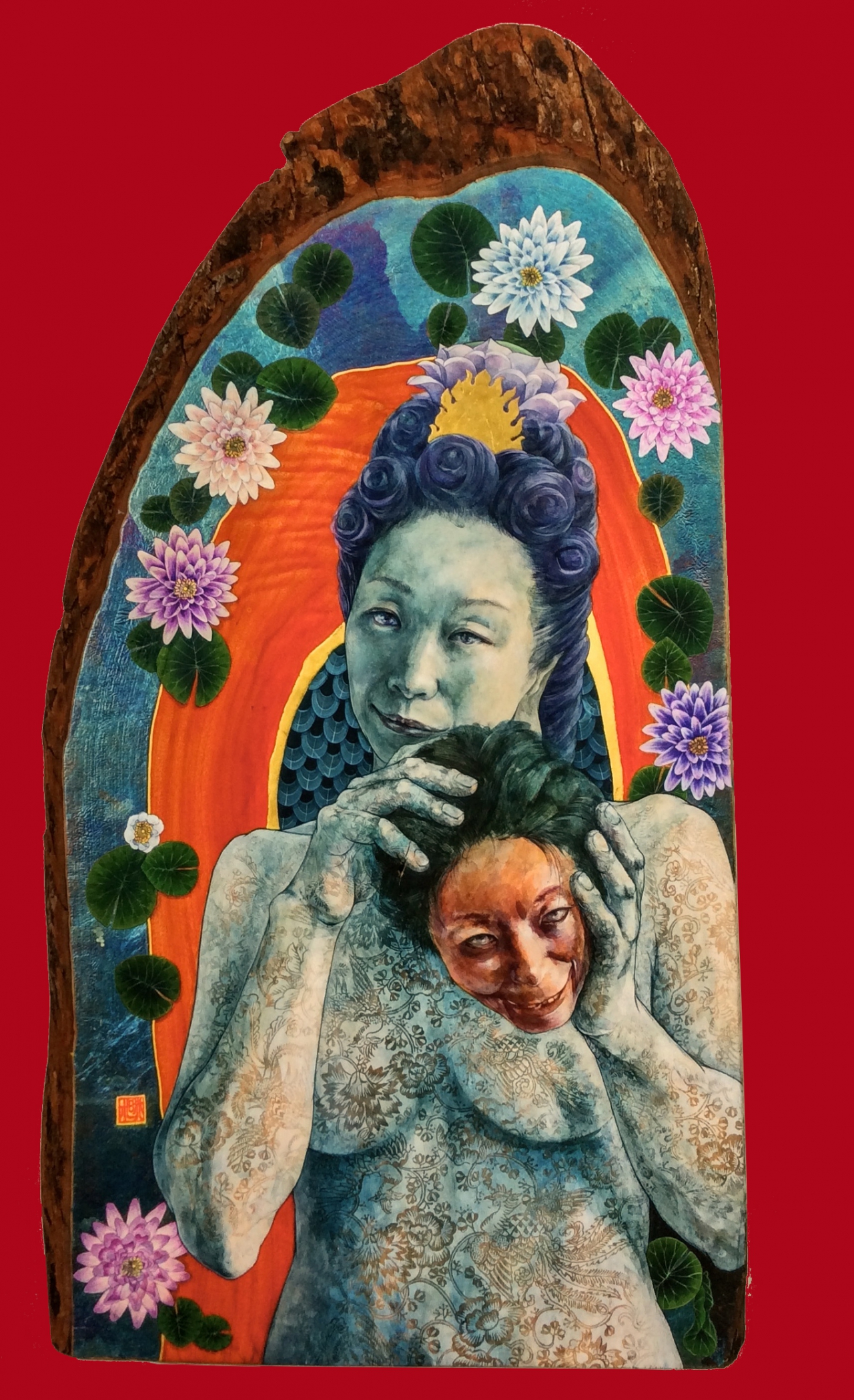 As the original “Makunozo” was destroyed by fire, I created this again, considering the Fudō Myō-ō (a Buddhist divinity, Acala in Sanskrit) as a model. The Fudō Myō-ō has a single head and two arms, and basically understood to be bearing Sanko Ken (a straight sword to conquer the devil as well as to sever people’s kleshas and causation – anxiety and fate) in one hand, and a Kensaku/Kenjyaku (a kind of noose to bind up the evil and save people who can’t escape from kleshas) in the other, but keeping that in mind, I dared to draw the severed head in the hand instead of the sword with which it had been cut off.

The Fudō Myō-ō is sometimes described in the shape of dragon winding around a sword, so I drew dragon scales behind, and expressed the fire of ‘Karura’ that is peculiar to Fudō Myō-ō by dyeing the annual rings in red, knowing that this piece of wood has very rare wood grain called Toramoku.