The models of this series are people who live various places with different nationalities and cultures. Some of those models show mudra (gestures) [Note] and others hold some objects that are considered to be symbols of specific deities and Buddhas.

They are also you – who are living somewhere I don’t know with each teaching as the source of comfort and support. Although people are from different countries having different beliefs, we are all the same living organism which lives a life that will end one day.
Our lives will end one day, but they happen to exist at the same moment, in various places, and under different beliefs – I wished to express the big linkage of lives by drawing the shape of Tenpōrin-in (Dharmachakra Mudrā).

And, the patterns drawn in the background is from “Sarasa (printed cotton)”, which is a dyeing technique that originated in India and had spread around the world through the Silk Road. It became widespread incorporating each native motif which developed into French printed textile, Javanese batik, Japanese Sarasa, and so on.
Buddhism also has a similar background – a religion that has its roots in India and spread around the world through the Silk Road, being mingled with other native religions.
Considering this similarity in the history of Buddhism and printed cotton, I expressed the series by drawing the patterns of various places.

[Note]
Hand signs to express the secret codes of Buddhas, Bodhisattvas, and deities by creating various shapes with fingers. 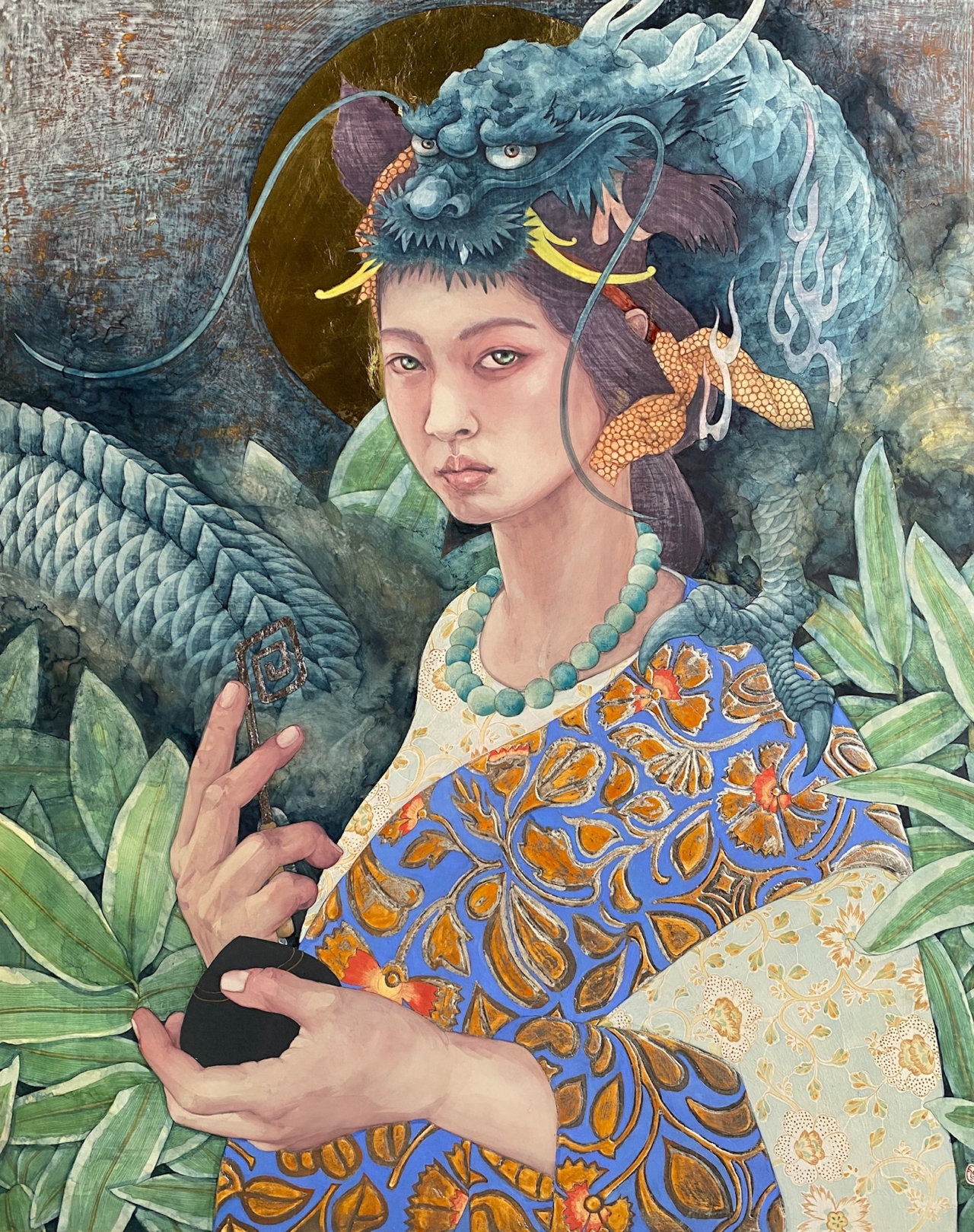 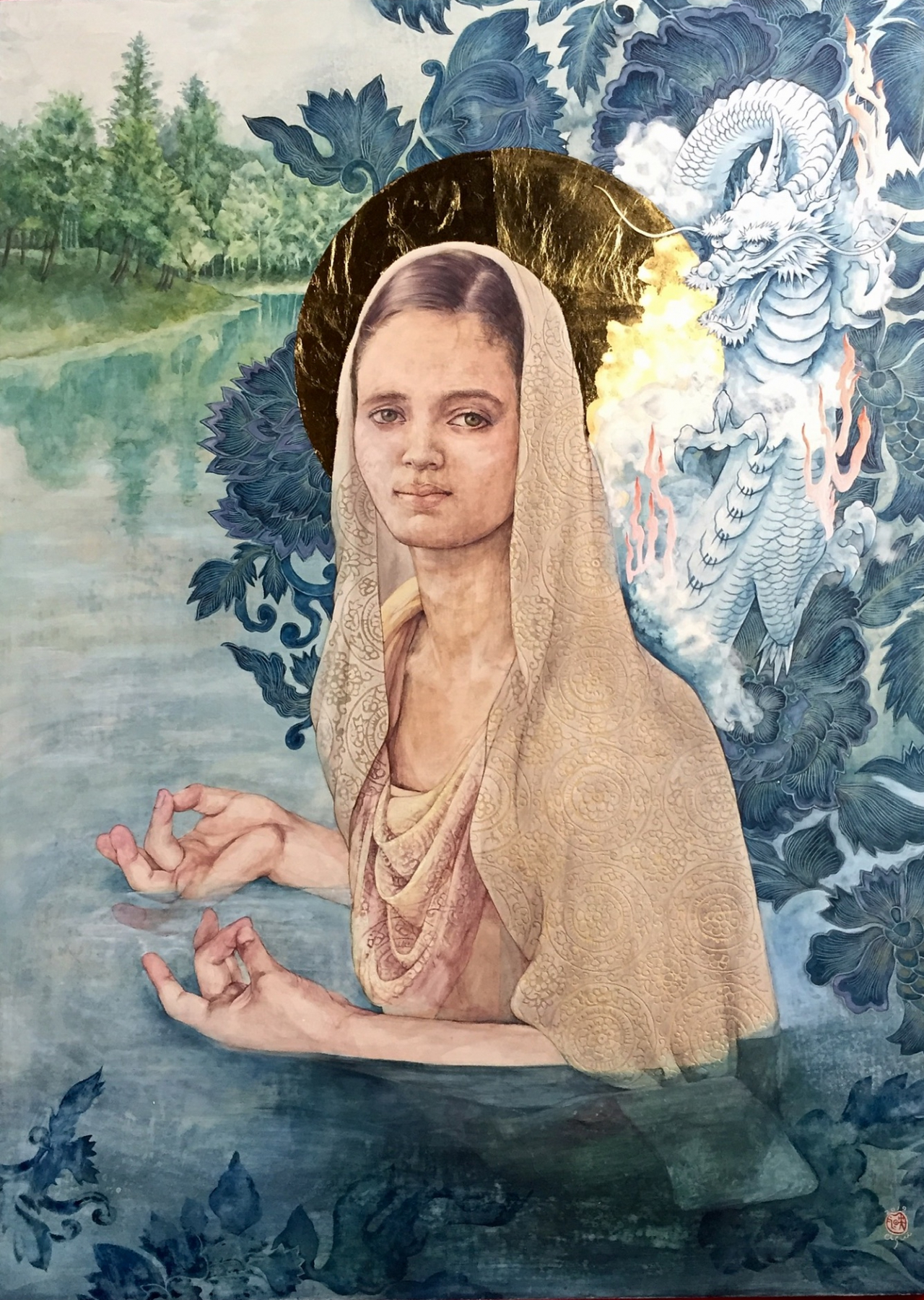 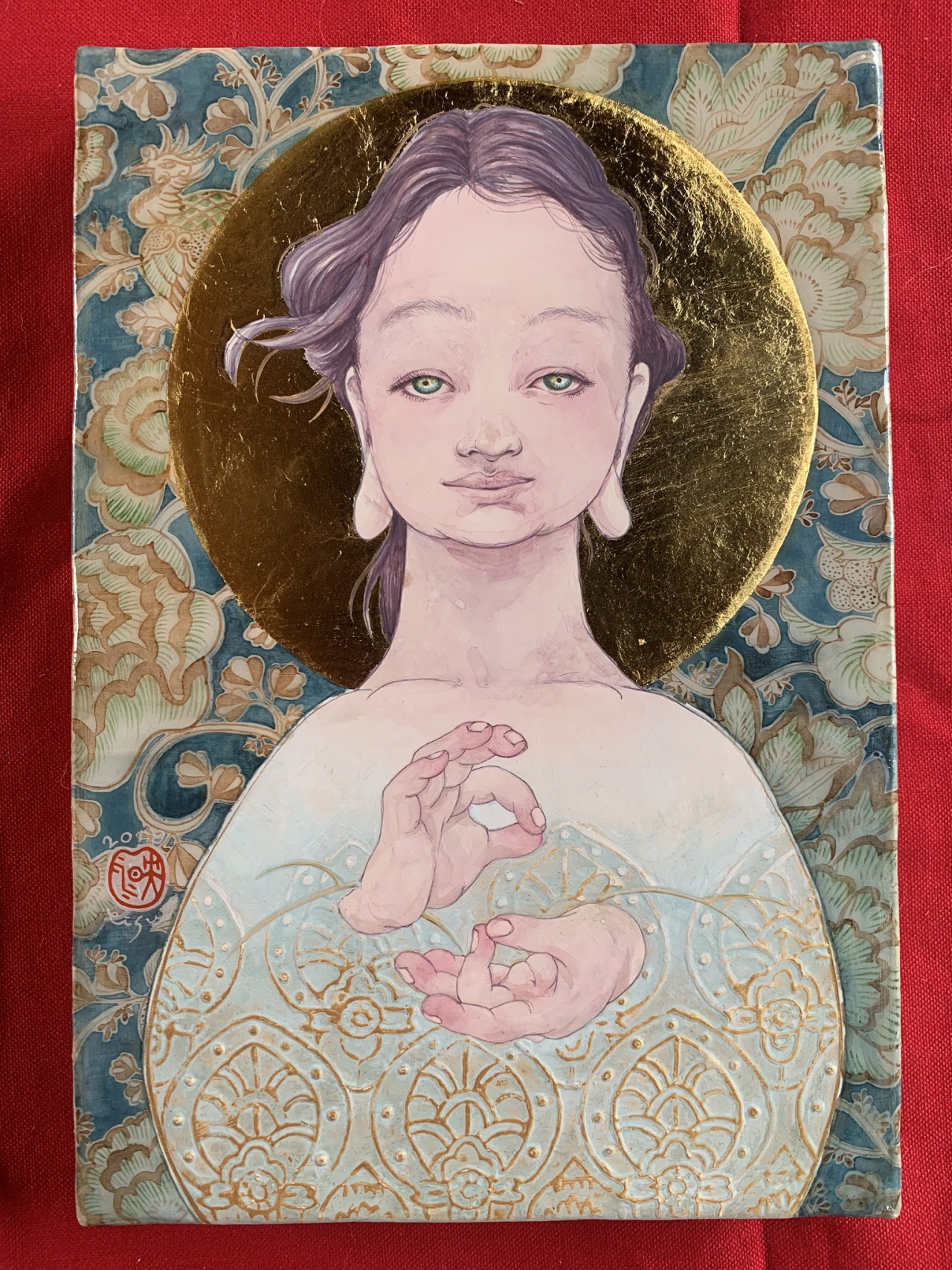 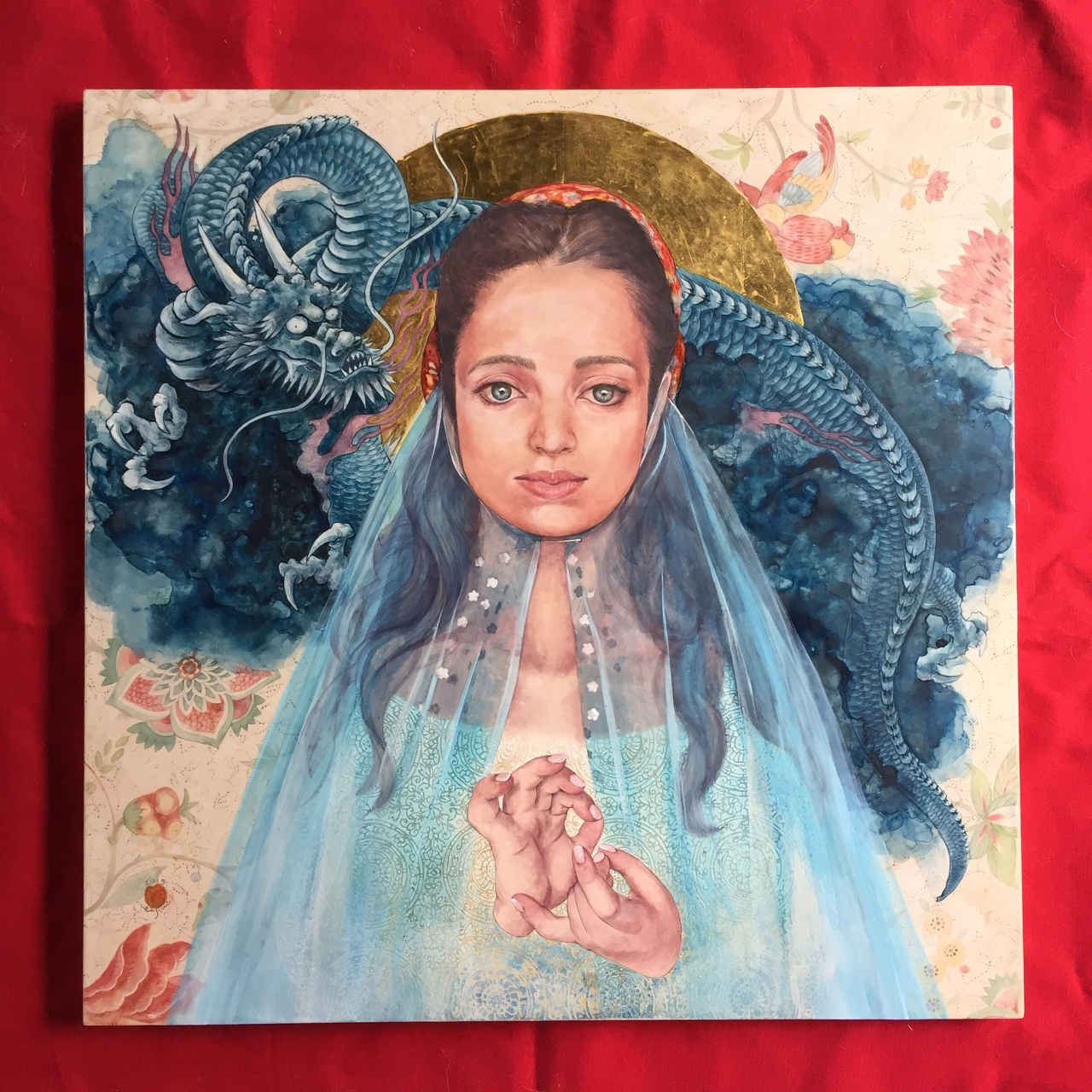 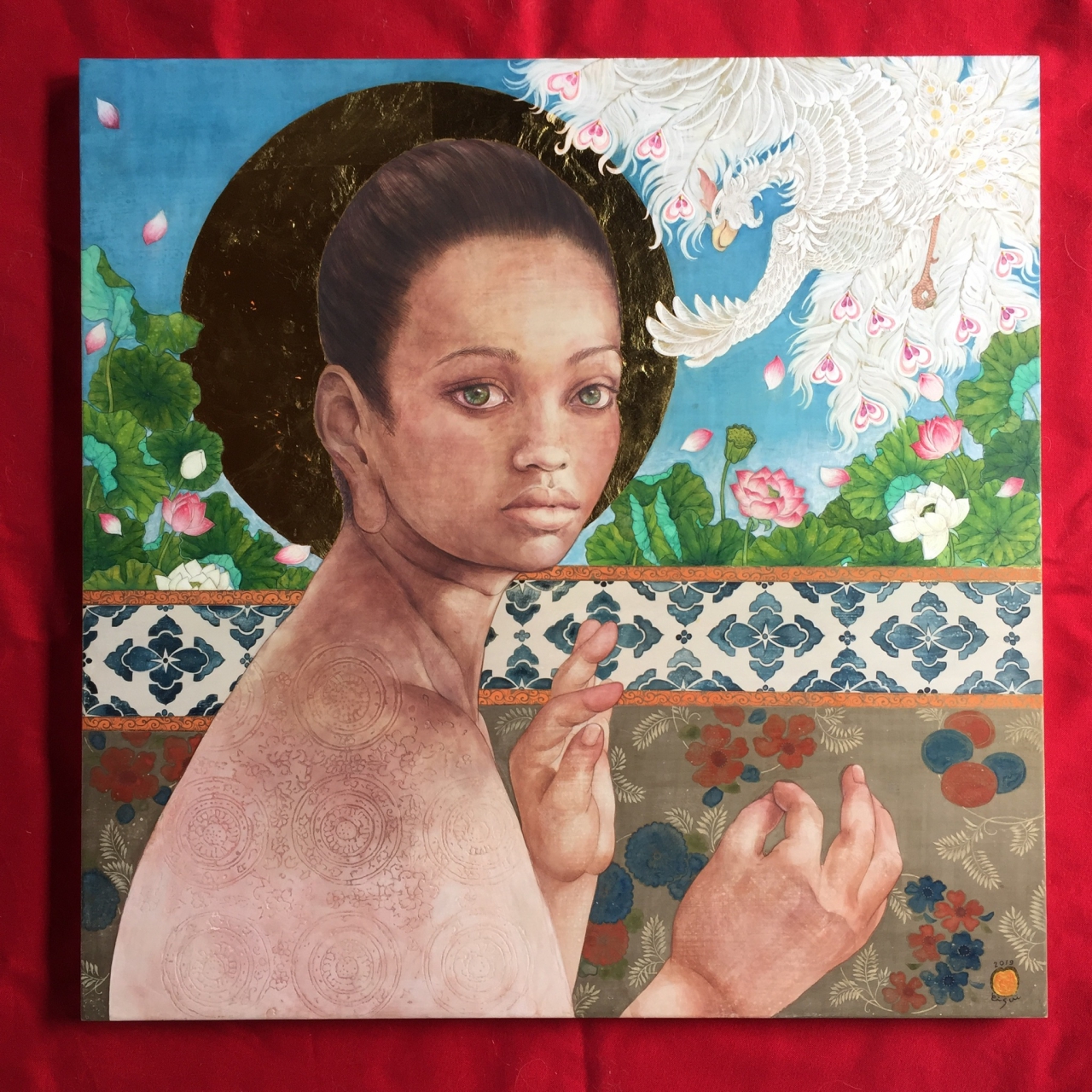 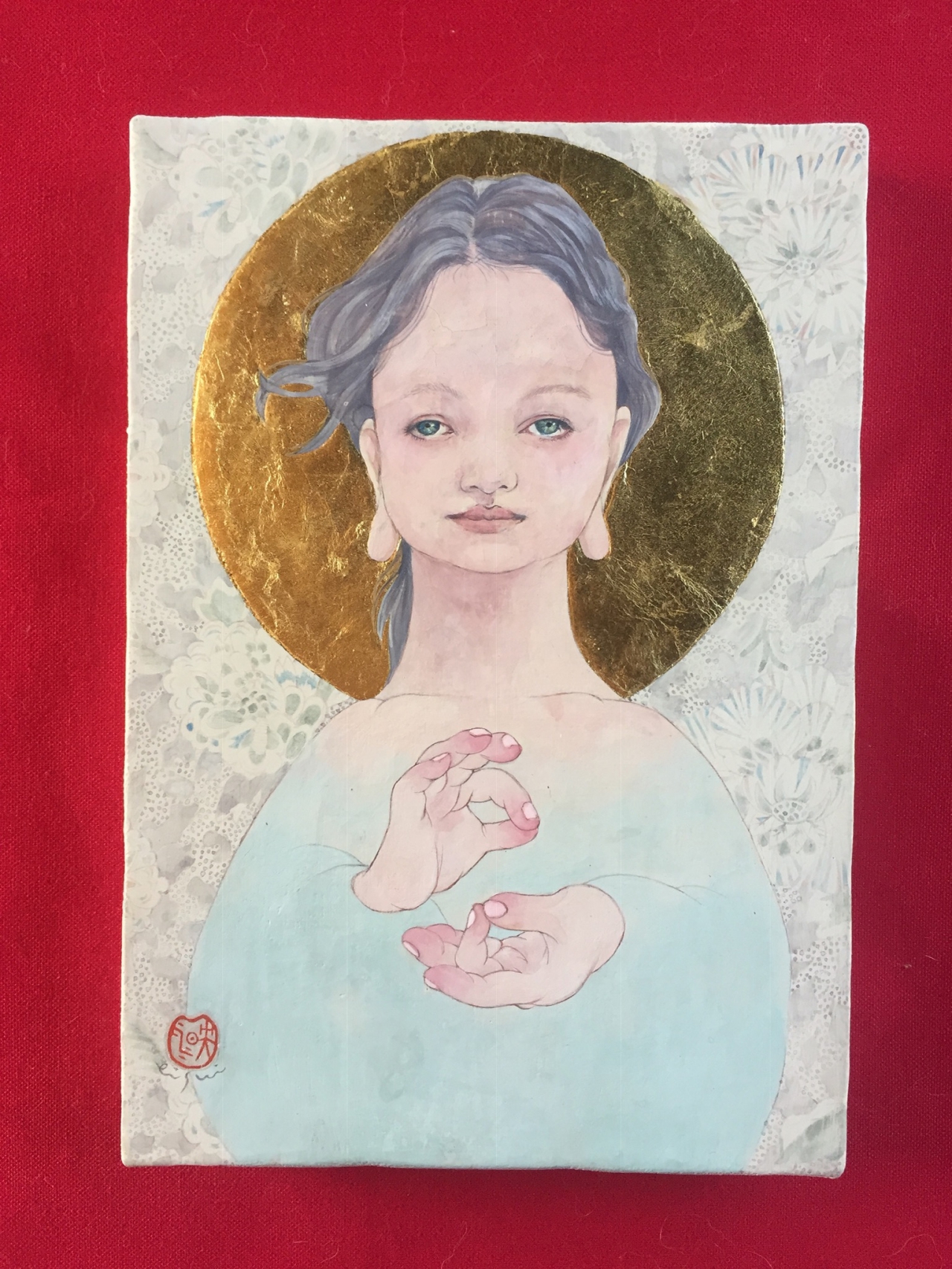 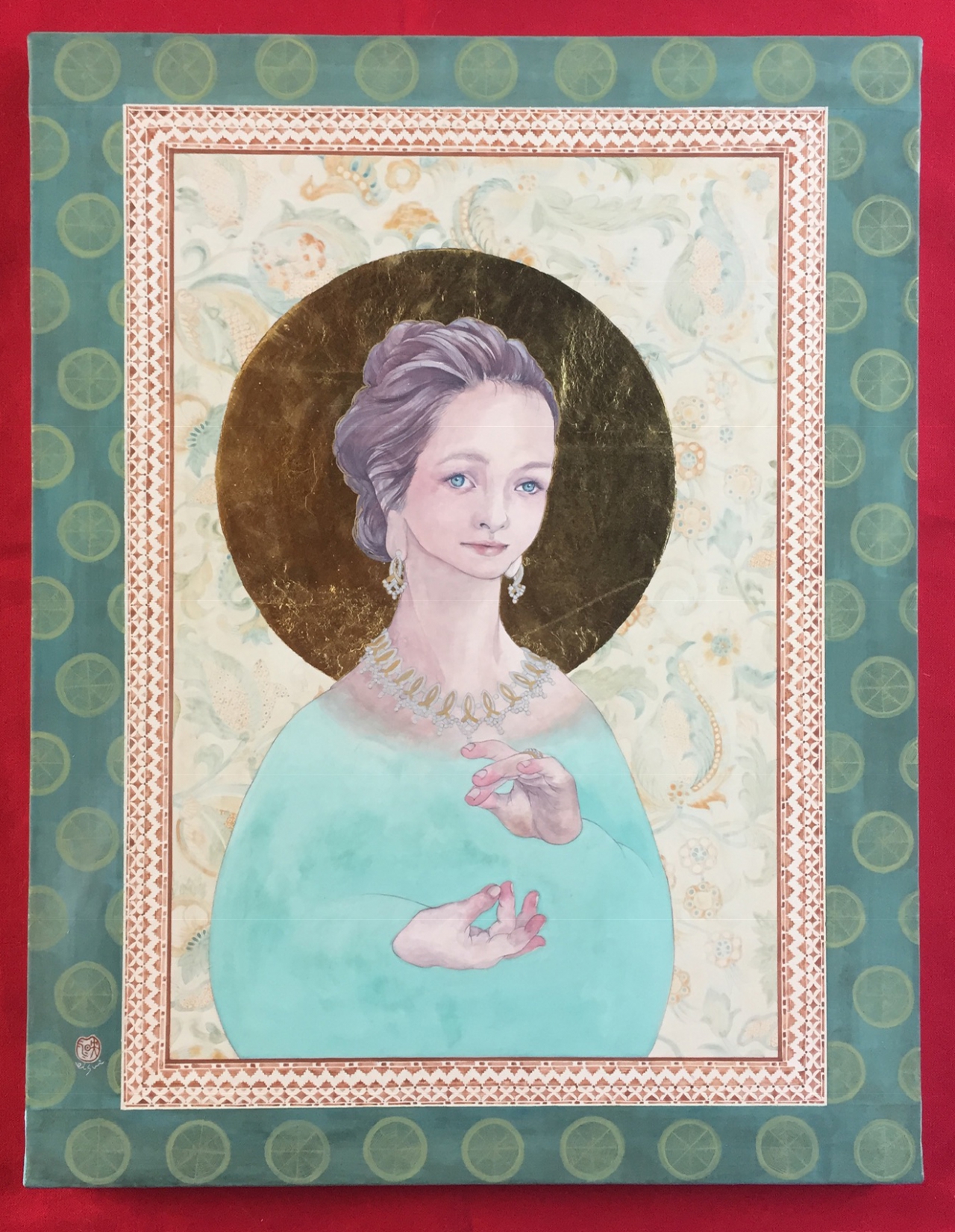 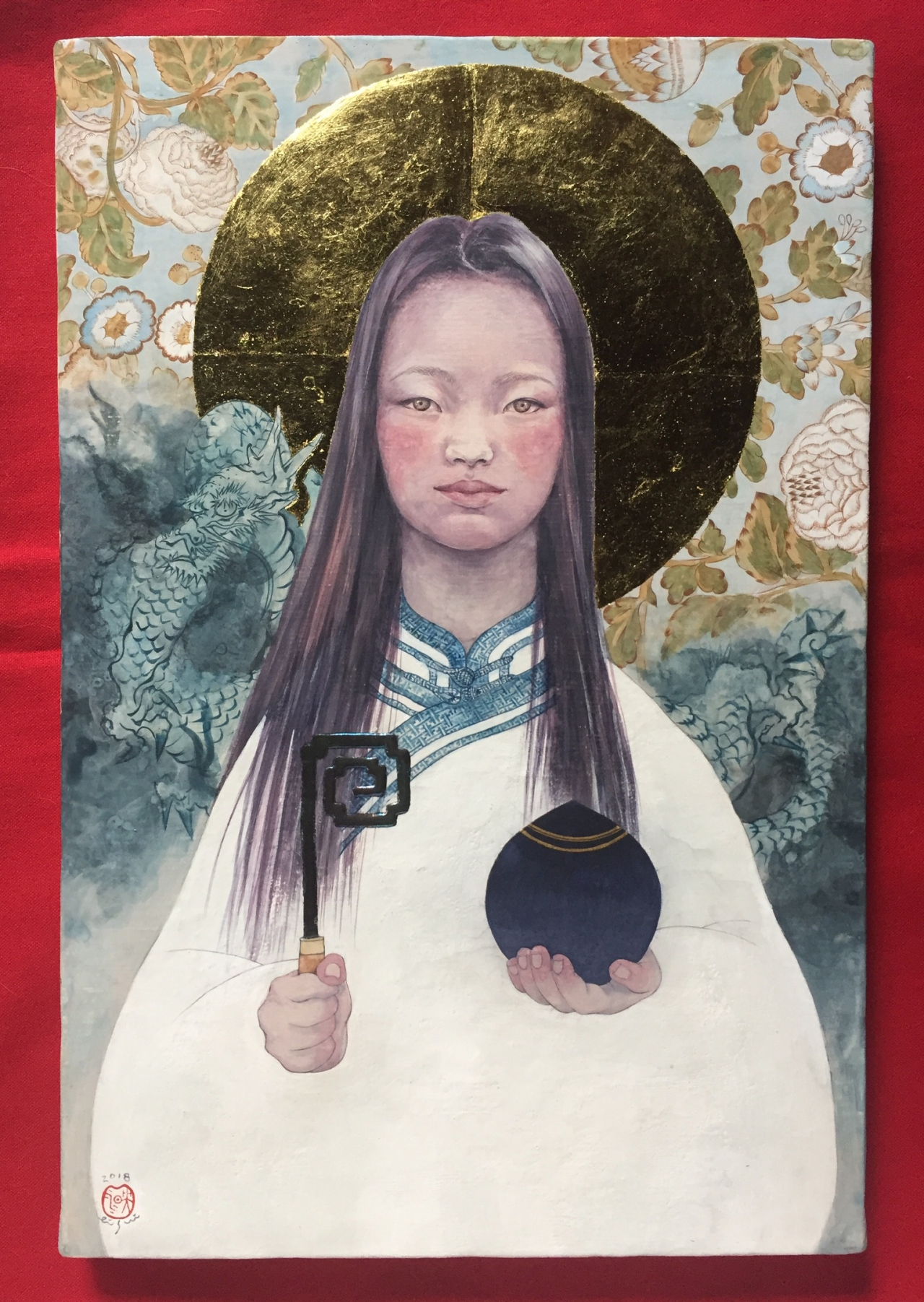